March 22, 2020
The point of this post in 10 seconds By participating in minyanim at this time, COLLECTIVELY we are: Multiplying human contact—and thus the spread of COVID-19Extending period of societal shutdown, increasing suffering and death

Over Shabbat, many of my friends and neighbors davened at home. But from my porch in Ramat Beit Shemesh, I saw men streaming to various minyanim. I could also see three shuls. One was closed, but two of them had minyanim. One of those had all the windows open, and I understand that they made efforts to daven with space between them. Separately, I saw a neighbor hosting a minyan in his garage. Granted this is a very limited sample size, but I think it's safe to say that a large number of minyanim were being held throughout town and across the country, some taking greater precautions than others.

Why is minyan a problem? When we have a minyan in shul, we're in an enclosed space with others, potentially up to 1-2 hours. Standing 2 meters apart is theoretically…
1 comment
Read more 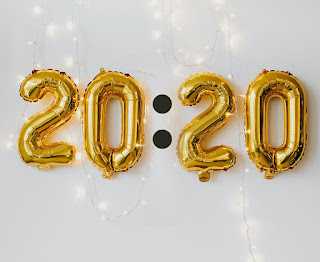 Just for fun, in honor of 2020, here are all the 20:20 verses in the Torah (Note: Genesis 20 only goes to v.18), plus some thoughts, and related pieces from TheTorah.com.
Exod 20:20 (23)לֹא תַעֲשׂוּן אִתִּי אֱלֹהֵי כֶסֶף וֵאלֹהֵי זָהָב לֹא תַעֲשׂוּ לָכֶם׃With Me, therefore, you shall not make any gods of silver,
nor shall you make for yourselves any gods of gold. Par. Yitro, just after the 10 Commandments are given. Why is there an idolatry prohibition so soon after the 2nd Commandment? Rashi quotes a midrash that this verse contains prohibitions relating to the Cherubim. Some academic scholars suggest that this verse and the next several laws comprise a different version of what was on the tablets (e.g. W. Propp, AB). See Understanding Idolatry by Dr. Uri Gabbay.
Lev 20:20וְאִישׁ אֲשֶׁר יִשְׁכַּב אֶת־דֹּדָתוֹ עֶרְוַת דֹּדוֹ גִּלָּה חֶטְאָם יִשָּׂאוּ עֲרִירִים יָמֻתוּ׃If a man lies with his uncle’s wife, it is his uncle’s nakedness that he has uncovered. They shall bear their guilt: th…
Post a Comment
Read more 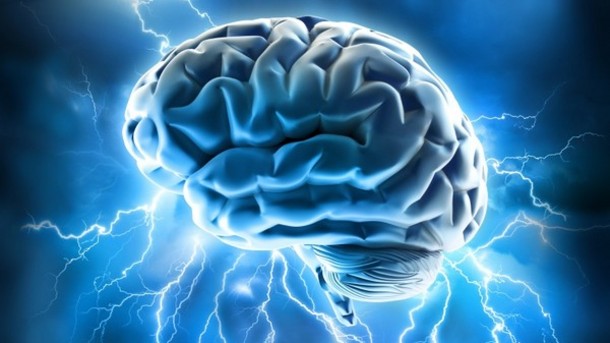 In June of 2008, I had the dubious distinction of being featured in a blog piece called "Torah and Relativity: Attack of the Jewish Cranks," penned by Mark Chu-Carroll, a PhD computer scientist.

It went through an essay I'd recently posted online in which I speculated that seemingly miraculous phenomena attested to in Solomon's Temple, such as the center-most lamp of the Menorah staying lit all day, the Showbread staying warm for a week, and the Ark fitting in the Holy of Holies despite its staves being too long to fit, could be explained by way of Special and General Relativity.

In Chu-Carroll's essay, my ideas were taken to task and I was roundly mocked. What I want to do here in this reflection is two things: 1) highlight where exactly I went wrong in my thinking, and 2) talk about the role of mockery in critique.

When Cognitive Bias Leads to Far-Fetched Explanations Let's start with this one:
Mr. Bar-Cohn claims that these are strange events that require…
4 comments
Read more

July 28, 2017
The law codes of the Torah routinely intertwine ritual and ethical/interpersonal rules. It is a holistic system intended to create a nation which conducts itself in an elevated, Godly fashion. This lack of ritual-ethical distinction also attests to the fact that in ancient times "religion" was not a separate category. It was an inextricable part of the societal and personal mindset. Offering sacrifices or first fruits to the god was, no less than fair business practices, part of being a moral person, an upstanding member of society. It would betray a character flaw to act otherwise.
Early on in Jewish history however, a problematic phenomenon was identified whereby ritual performance was being carried out by people who were ethically compromised. This was harshly criticized in the very first chapter of Isaiah: "What do I need your abundant sacrifices for?" says YHVH... "I have no desire for the blood of bulls, lambs and he-goats... Don't bring any more v…
Post a Comment
Read more 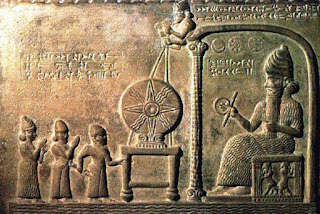 Journeying from mount Hor, the Israelites "spoke against God and Moses," aggravated from lack of water and from eating manna, which they call leḥem hakelokel (despised or rotten bread). In response, the people are set upon with fiery serpents (neḥashim haseraphim), "fiery" possibly meaning poisonous or referring to the burning sensation of the bites they sustained. [1] After a multitude die, the people approach Moses and ask for help:
וַיָּבֹא הָעָם אֶל מֹשֶׁה וַיֹּאמְרוּ חָטָאנוּ כִּי דִבַּרְנוּ בַי-הוָה וָבָךְ, הִתְפַּלֵּל אֶל יְ-הוָה וְיָסֵר מֵעָלֵינוּ אֶת הַנָּחָשׁ וַיִּתְפַּלֵּל מֹשֶׁה בְּעַד הָעָם And the people came to Moses, and they said: We have sinned when we spoke against YHVH and against you; 'hitpalel' to YHVH so that he will remove the serpent from upon us; and Moses 'hitpalel-ed' on behalf of the people. (Num 21:7) The meaning of 'hitpalel'

What exactly is lehitpalel? The usual translation is "pray." Is that to say …
Post a Comment
Read more

June 22, 2017
I had the privilege of participating in a "Bibliodrama" this week, led by Yael Unterman. Bibliodrama is an interactive, group role-playing activity involving a Biblical (or other) narrative. Participants take on the perspective of specific people/characters (or even, occasionally, objects) in the text, and in the process they illuminate aspects of the story, and aspects of themselves as projected into the narrative. The result is a sort of improvisational "modern Midrash."

The topic of the Bibliodrama this week was Korach and his rebellion against Moses and Aaron (Numbers 16-17). One of the questions posed toward the end was whether we resonated more with Moses' perspective or with Korach's perspective. Well, any "good" villain in a story will have motivations to which we can relate. And I do relate to Korach's vision of more of a "democratic" system of governance, as he says to Moses and Aaron regarding their leadership:
רַב לָכֶם כִ…
Post a Comment
Read more 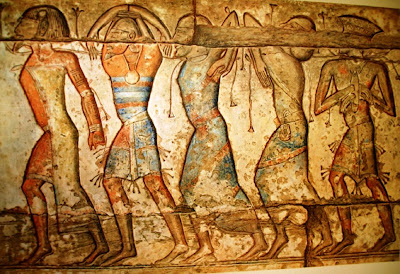 Numbers 15:37-41 presents the commandment of making tzitzit (tassels) on the edges of one's garment. The Torah uses the word "kanaf" to describe the location on the garment the tzitzit is to be made. Many translate kanaf as corner [1], though lexicons also suggest edge, extremity, extension, hem, wing or skirt. [2]

As Jacob Milgrom points out, there are numerous ancient Near Eastern reliefs in which certain people are depicted with tassels on the hems of their garments. These hems are displayed as scalloped, cut like an umbrella, where arches meet at points around the circumference. That meeting point is where the tassels project, and the tassels are in fact extensions of the embroidery of the hem, rather than strings added as attachments. The tassels would either hang by themselves or have flowers or bells embroidered at the tips. [3]

The below relief found at the Medinet Habu mortuary temple of Ramesses III depicts what might have been the original tzitzit.